Besides being a freelance writer, I also work as a tailor and pattern maker for film and TV. In the more than 30 years that I have worked in this position, I have used a wide variety of sewing machines – and currently own 14 of them. Although my high-speed industrial machine of choice is the classic Juki DDL 8700 and its ancestor the ridiculously heavy (read: definitely not portable) DDL 555-4my favorite portable sewing machine is a lightweight Brother.

I own two SC9500 which of course are no longer manufactured. The new version of this machine is: 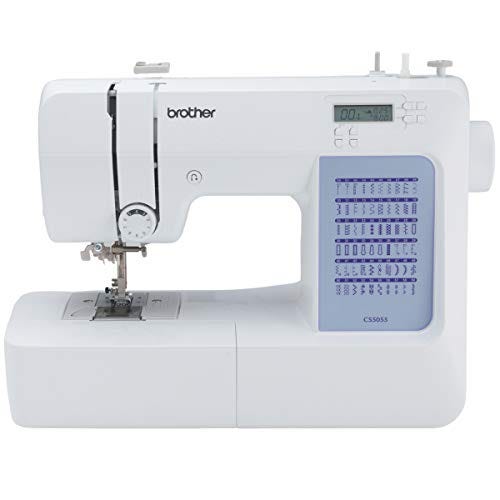 What all of these machines have in common (and one of the reasons I have three) is that they are incredibly good with a wide range of features at an affordable price. Are these machines the “best” home model? No, but they definitely top the list in the $150-$250 price range. Other home machines popular among my colleagues include the vintage Bernina 1130 and 1230, both of which retail for between $650 and $1250 US.

When I’m on a show, I keep one on the wardrobe truck for on-set fittings and emergencies. Because they’re so inexpensive, I’m not too worried about anyone other than me using them (and potentially breaking them). And if he accidentally falls out of the tailgate to his death (true story), it’s not a huge monetary tragedy. If you are looking for a beginner machine for yourself or someone you know, you will definitely want to consider one of these. Brother devices.

Weighing between 13 and 16 pounds, they are light enough to carry in a tote bag or backpack. And they will sew just about anything. Need to alter the center back seam of a pair of jeans, then reattach the belt loop by sewing six layers of denim? No problem. You have to sew muslin and you don’t have time to play with the tension so that your fabric does not pucker? Again, no problem. If you’re sewing spandex or other knit fabrics, there’s also a great built-in stretch stitch.

And then there are the built-in buttonholes. Most household home machines create average buttonholes, usually only after a lot of coaxing, hoping and praying. On the Brother, you simply select the type of buttonhole you want (keyhole, standard, curved end or not), insert a button into the dedicated buttonhole foot for the size and sew. 97% of the time you will get a perfect buttonhole. By working on HBO’s “Boardwalk Empire”we used my SC9500 for the sole purpose of creating buttonholes.

Honestly, I don’t know what kind of voodoo these Brother machines have that makes them so reliable and capable. They have incredible power for being so light – and mostly made from plastic.

Some notable features include the ability to manually raise the presser foot higher than the standard “up” position, allowing you to position the foot on bulky layers. This, along with the hinge that gives the foot itself flexibility, means you can sew multiple layers at once while maintaining a consistent stitch length. There is a speed setting which allows you to maintain the maximum speed at a lower pace if you are a beginner.

A tip to know about them is that they prefer to have their top tension set higher than the recommended zone (usually 3 – 4). Mine all seem to like the 7 range. They use standard flat shank universal needles (like just about every household machine on the market) and class 15 size coils although I’ve been known to put any random old bobbin in them when I’m in a hurry and they still sew just fine. Again, voodoo.